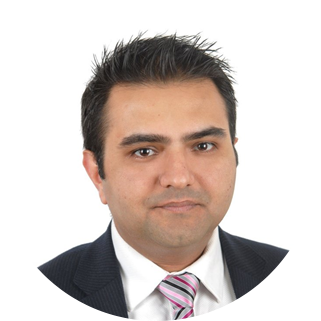 He qualified as a dentist from the University of Bristol in 2005. He was appointed as a Consultant in Restorative Dentistry at the Eastman Dental Hospital in 2014. He has a particularly keen interest in treatment planning of the failing dentition, managing complex restorative and implant cases and in Dental Implant Surgery.

He has organised various national and international study days and conferences, as well as being actively engaged in lecturing, teaching and research. He has published in over 20 peer-reviewed journals.

In his spare time, he has a passion for music, plays various musical instruments and enjoys travelling.