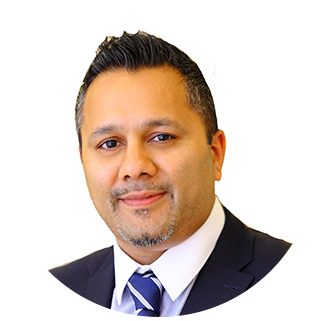 Dr Khan qualified as a dentist in 1996 from St Bart’s and The Royal London Hospital, then completed his vocational training on the Whipps Cross Scheme of the London Deanery in 1997. He worked as a Senior House Officer in Oral and Maxillofacial Surgery from 1998-2000 in Ipswich and Colchester Hospitals initially then Chase Farm and Barnet General Hospitals in North London.

In 2000 Dr Khan purchased Woodhouse Dental Practice, in partnership with his wife Dr Aneeta Yadava. He also started teaching Oral Surgery to undergraduate dentists by becoming a part-time lecturer at St Bart’s and The Royal London Hospital, a position held until 2007.

Dr Khan became a trainer for the Barnet Vocational Training Scheme of the London Deanery in 2002 and has retained this position through annual appraisal and regular inspection.

Dr Khan became a Lecturer for the Faculty of Dental Surgery at the Royal College of Surgeons of England in 2005 and is involved in training postgraduate dentists for their membership exam and the overseas registration exam.

Dr Khan was appointed as a Vocational Training Adviser by the London Deanery in 2010. He was the Training Programme Director of the UCL Eastman VT Scheme.

Dr Khan completed a Masters Degree in Implant Dentistry from the University of Warwick in 2008 and has become a mentor for postgraduate dentists in Implant Dentistry. He was awarded a Fellowship of the International Congress of Oral Implantology in 2011.

Dr Sumair Khan is an experienced general dental practitioner with a special interest in oral surgery and implant dentistry. He is heavily involved in the education of postgraduate dentists. He is dedicated to provision of high quality dental care through training and development. Dr Khan has completed his Diploma in Restorative Dental Practice at The UCL Eastman Dental Hospital.