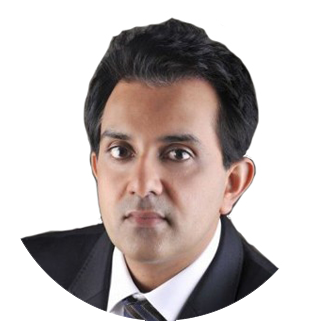 Pranay Sharma qualified from king’s College London in 1997 with honours. During his undergraduate training he was awarded several prizes and awards, including the National Westminster class prize for oral pathology and several merit awards for clinical dental achievement.

After qualifying he completed 2 years of hospital training as a Senior House officer in Oral and Maxillo-facial Surgery and Restorative dentistry. During this time he was awarded the Membership in Dental Surgery qualification (MFDS RCPS), by the Royal College of Surgeons of Glasgow.

In 2000 he joined the Eastman Dental Institute in London and completed a four year specialist training program in fixed and removable prosthodontics, with distinction for his clinical case presentations. He was subsequently awarded the MRD, the highest formal qualification available for the prosthodontic speciality, by the Royal College of Surgeons of England. He is formally recognized by the General Dental Council UK, as a Specialist in Prosthodontics.

He has remained on the teaching staff of the Eastman and is now the programme co-ordinator for the Removable Prosthodontic Programmes and is a part-time senior clinical lecturer in Prosthodontics and Implant dentistry at the University College London Eastman CPD. He lectures extensively in the UK, both at local and national level, as well as internationally. He has also contributed to a number of written dental articles and has published numerous papers in prestigious dental journals.

Dr. Sharma is an examiner and lecturer for the Royal College of Surgeons of England and an internal examiner for the restorative masters course at the Eastman CPD Dental Institute.